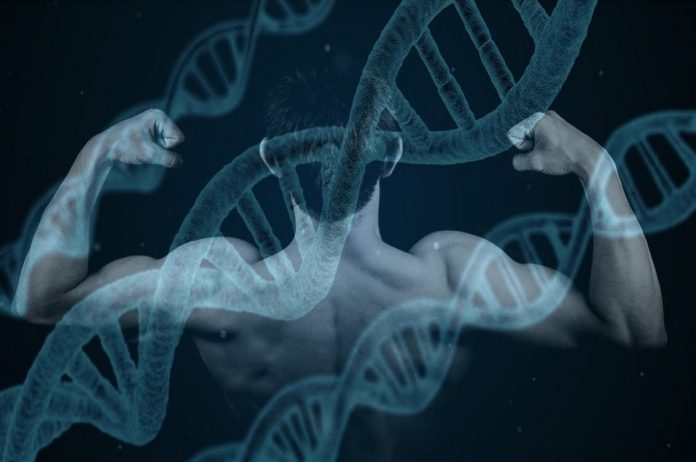 Today I would like to say something about genetics. I often hear from people: “It’s easy for you, cause you have good genetics …” or “I’d like to gain some muscle, but I don’t have the right genetics.”

I devote my whole life to this sport and I can clearly say that genetics certainly has some influence. There are people who can practice work out for 5 years, and some who exercise for just two years and they will look similar. Someone is gaining muscles easily, for someone it is more difficult, someone is gaining strength and another one needs much more time. It is true.

But these differences are important, especially when you are preparing for a contest, be it bodybuilding, bikini fitness, or powerlifting. In that case, said above holds true. If we talk about people who would train for the same period of time and perform the same workouts, then one with the better genetics is more likely to win. As a rule, however, people with poorer genetics tend to have a bigger drive, and so it often happens that these less-endowed people overtake those who have better genetics.

How does it work for ordinary people?

We have said how it works regarding genetics for top athletes, but ordinary people do not have to deal with genetics at all, because it is not essential. I think that someone who has it as a hobby and does it for fun, whatever genetics he is, can build a superb physique. He just has to focus on it, that means setting up the workouts properly and of course the diet, which is not going to be extra restrictive.

Maybe it won’t be in a month or a year, but if you enjoy it, the results will come sooner or later – believe me. It’s important that you like it, and of course maybe after ten years, when your figure is really different than in the beginning, people will tell you that they would also go exercise, but it’s not worth it because they do not have the genetics.

What can I recommend

Hold on, and do not let anyone discourage you. Don’t expect results overnight, because everything having some value, needs its time. And if you see all the big bodybuilders in different magazines, you need to distinguish between bodybuilding and natural bodybuilding – because no top bodybuilder goes natural and that is very important. Also these people have completely different workouts and I don’t even talk about the diet …

So work on yourself, don’t give up and you’ll see how it will go. If you have any questions, write me in the comments, I’ll be happy to answer you and next time we can say a little more about the difference between bodybuilding and natural bodybuilding.

How to cook quickly? Broccoli cream

Get the latest information from the fitness world